As a rule, all decent composers are supposed to have three periods: early, middle, and late. The number of periods that future generations will count in the legacy of Leonid Desyatnikov is anybody’s guess (a bet on “three” will surely win). However, the composer insists there are two of them: before The Children of Rosenthal and after it; the controversy arisen over the opera about clones of classical composers to a libretto by Vladimir Sorokin made Desyatnikov’s name known to the general public, dividing his career into “before” and “after.”

Surprisingly, the composer has remained faithful to his creative principles for almost half a century. They are described extremely precisely (as is everything that Desyatnikov says or writes) in his autobiography. The worn-out formula: “style: emancipation of consonance, transformation of banality, minimalism with a human face”; favourite genre: “tragically mischievous little piece” is still applicable today, providing a key for both Three Songs to the Verses by John Ciardi composed in 1976 and Songs of Bukovina, which premiered at the Diaghilev Festival three years ago.

A playful form often conceals an utterly tragic content in Desyatnikov’s music: either a text dispels the gloom or sudden quotes from old hits confuse the listener at the climax. Full of darkness and hopelessness, The Beetle from The Poet’s Love and Life ends with a quotation from the opening to a TV show “Good Night, Little Ones!”, and the culmination points of Sketches to “Sunset” are interrupted by the march from Rachmaninoff’s Prelude in G minor.

In Desyatnikov’s music one finds Mahler and Mussorgsky, Ravel and Schumann, Bach and Stravinsky. At first, it seems that the composer is completely lost in someone else’s material, but gradually you understand that it is Desyatnikov who is hiding behind another mask. The composer regards this feature as an imitation of suicide. “That’s the end of composers’ time, hey!” he exclaims kiddingly, referring to the well-known book by Vladimir Martynov. The musical quotations from the classics stick out on purpose, and the listener always has the opportunity to practice in erudition, solving yet another musical puzzle. 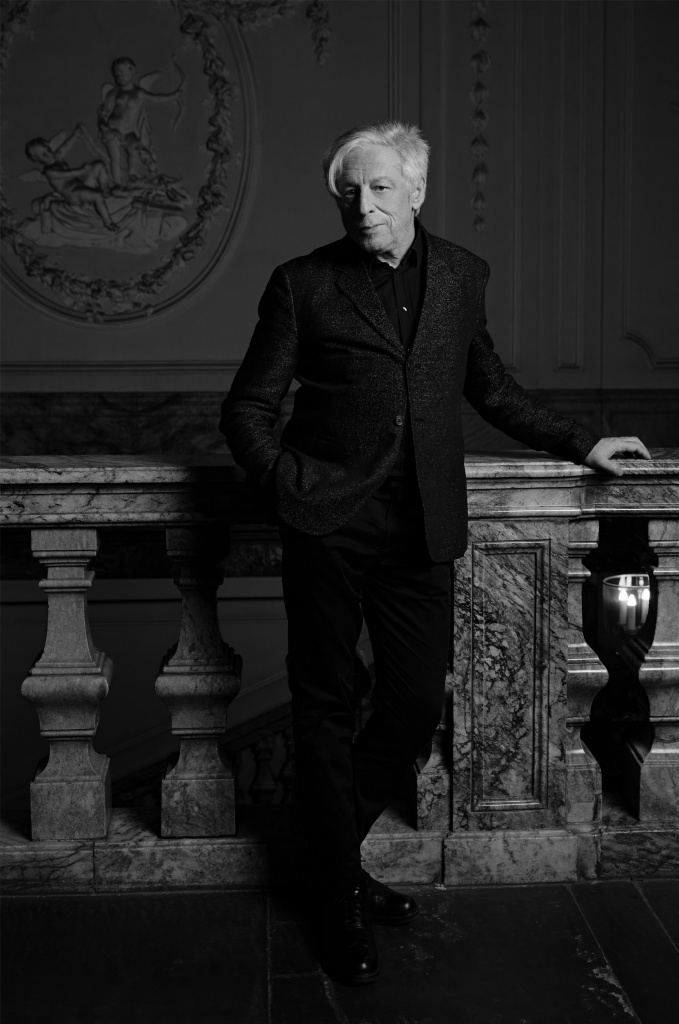 His minimalism is unique in contemporary music production: however pompous it may sound, this is the minimalism of Chopin’s preludes, Norstein’s animation, or, let us say, even Pushkin’s The Queen of Spades (quite a range!). It reveals itself, above all, in the ascetic and precise use of expressive means. When asked what Desyatnikov likes about Desyatnikov’s music, on reflection, he replies: “I think I have a few dozen bars in some works, where I have no extra notes.” Desyatnikov’s attitude towards the creation of opuses is also ascetic: he, if you will, does not multiply entities, and in recent years, his admirers have been waiting for premieres as long as the fans of the film director Khamdamov.

Nevertheless, the composer’s creative biography covers a wide variety of genres; there are film scores, music for choir, and chamber music. There are ballets and operas, one symphony and two cantatas. For all this, no one could accuse Desyatnikov of musical snobbery: he admires ABBA and Soviet songs, pseudo-Ukrainian folklore and electronic musician Venetian Snares. “I don’t have taste, and I shouldn’t. Musical omnivory befits me more,” Leonid Arkadievich slyly sums up.

Desyatnikov puts the artisan composer above the artist. It rhymes with his concept of an ideal piece of art: an independent one that gives the impression “it was born without any help, listening to which one feels cathartic, without thinking that one owes it to any composer whatsoever.” Soli Deo Gloria, as they say.

The beauty of Desyatnikov’s music is poignant. His love for coldness, harshness, piano sound without pedals, and “texture of bones bleached by the time” sometimes even aggravates this trait, repulsing part of listeners. At the same time, it serves as an excuse to talk about the author’s excessive intellectuality. But Desyatnikov does not fight for his listener. “Mindful of two- or even three-hundred-year oblivion after the death of Claudio Monteverdi, one must simply learn to wait,” the composer says ironically.

Double Helix: beyond the boundaries of mankind
< Back to list of publications